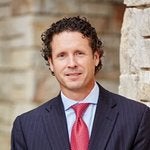 Jason D. Cassel graduated from Texas A&M University in 1995 and South Texas College of Law in 1998.  During and after law school, he studied under and worked for J. Gary Trichter, one of the preeminent DWI lawyers in the country before moving to East Texas. After stints with the Gregg and Smith County District Attorney's Offices between 2000-2004, he returned to his true calling.

For the last 15 years, he has been dedicated to defending citizens accused of crimes ranging from DWI to capital murder.  He is a criminal trial lawyer in state and federal court having tried over 70 cases to juries.  In addition to his trial work, Jason has secured victories in appellate courts, including the reversal of a capital murder conviction, a rare feat.

Not only does Jason try cases, he teaches as well.  He is a frequent speaker at CLE events around the state and in 2014 was one of the three course directors for the “Rusty Duncan” Advanced Criminal Law Seminar, the largest criminal defense CLE in the State of Texas, educating over 800 lawyers.  He has also authored several articles for the leading journal for Texas criminal defense lawyers.

Jason is AV preeminent rated by Martindale, including five of five stars peer rating.  He has been selected by Thomson Reuters as a Texas Super Lawyer or Rising Star since 2011.   Additionally, he served two terms on the State Bar of Texas regional grievance committee, including one term as panel chair, was a member of the U.S. Magistrate Judge Merit Selection Committee and served several terms as a member of the Board of Directors for the Texas Criminal Defense Lawyer's Association.

Finally, Jason is admitted to practice in the states of Texas and Colorado, the United States District Courts for the Eastern and Northern Districts of Texas, the United States Courts of Appeal for the Fifth Circuit and the United States Supreme Court. He is board certified in criminal law by the Texas Board of Legal Specialization and currently serves on the Board Certification Exam Committee.

Thank you for contacting us. We will get back to you shortly.

Please complete all required fields below.

If you are facing criminal accusations in state or federal court, contact us today. We provide the aggressive defense necessary to protect you and your freedom. If you have been arrested for DWI, you have only 15 days from the date of your arrest to preserve your right to fight for your driver’s license.